Ediscovery 101 For Collaboration: Why should I worry about Slack data in discovery since I’ve never been asked for it?

As the world embraces a more collaborative way of working and uses new applications like Slack to communicate with one another, there is a corollary impact on other areas of the business such as how worried legal should be that Slack will be considered in scope for discovery requests.

WHY SHOULD I WORRY ABOUT SLACK DATA IN DISCOVERY? 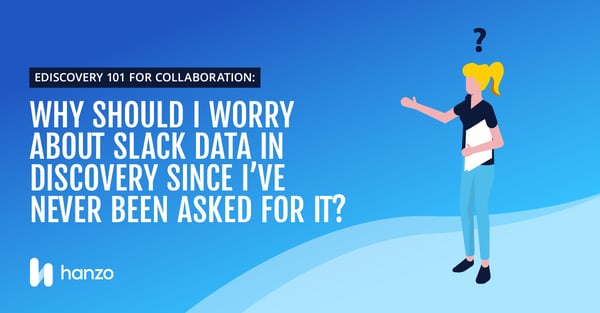 We hear you! If no one is requesting Slack data, it sounds like a lot of work and expense to preserve and collect it for discovery just in case someone decides that it’s important somewhere down the road. Why not cross that bridge when you get to it?

But here’s the thing: once upon a time, discovery was just discovery, without the -e, and no one ever asked for email. In fact, parties used to agree not to exchange data from emails because it was “too hard” to get to.

SLACK IS TOO HARD, OR IS IT?

Some people argue that Slack data is—just like email used to be—too challenging to include within standard ediscovery. There’s even a basis for this argument. Remember how the scope of discovery was defined by rules like the Federal Rules of Civil Procedure? Well, one of those rules sets a limit on the otherwise broad reach of discovery. It states that a party doesn’t need to provide discovery of electronically stored information (ESI) from any source that is “not reasonably accessible because of undue burden or cost.”

Email used to be considered basically “inaccessible,” but of course that changed as the technology became more common and more familiar. Collaboration data will too, and probably much sooner rather than later.

COURTS HAVE ALREADY TAKEN A POSITION ON PRESERVING ESI

And here’s the kicker: the courts have already ruled that each party in discovery is obligated to take reasonable steps to save and produce information that would be relevant to the dispute—regardless of whether anyone’s asking for that data. We wrote about one such case—which involved text messages, though the lessons are the same—in a previous blog. The court there noted that the federal rules around discovery didn’t “require that the requesting party … identify[] all types of ESI that it might seek in the future.” In fact, the court observed, electronic data of all types always has “the potential” to be “the modern-day litigation equivalent of a ‘smoking gun.’” More importantly, the court continued, parties “do not get to select what evidence they want to produce, or from what sources,” even if those sources are less common. If it’s discoverable, they should be turning it over.

WHY NOT PREPARE FOR THE INEVITABLE?

So, while it may be true that no one has asked you for Slack data yet, it’s bound to happen as Slack and other collaboration applications replace email. In the aftermath of the coronavirus pandemic, the use of Slack and other collaboration applications has surged. And do you really want to be trying to figure out how to preserve and export Slack data while opposing counsel and the court are breathing down your neck? What about when they start asking for or imposing sanctions for your failure to comply?

Do yourself a favor and figure it out now.

Ready to learn more about how to incorporate Slack into your ediscovery playbook? Download this helpful resource. 5 Reasons You Need An Ediscovery Playbook 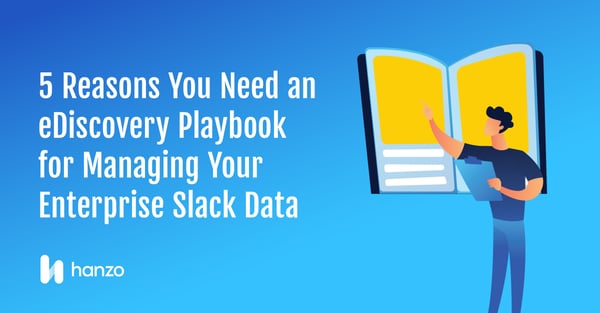