Hanzo Helps: A day of giving

Homelessness is a significant challenge in the United States. According to a 2018 report by HUD, found that on a single night in Jan. 2018, a total of 552,830 people experienced homelessness across the country. New York City accounted for 78,676 of those people, or just over 14 percent of the nation’s homeless.

Due to the lack of basic necessities like food, shelter, income, hygiene, and medical attention, people experiencing homelessness are generally sicker than those who have homes and are more prone to death.

While this issue is significant, there are some rays of hope. According to national data presented by the National Alliance to End Homelessness, national counts have generally trended downward over the last decade. They report that since 2007, the year HUD began collecting this data, homelessness decreased by 15 percent.

This month, as part of Hanzo's Hanzo Helps program, a team of Hanzo employees traveled from Connecticut, New York, Boston and Philadelphia to contribute their time and to bring over 1,000 donated clothing items for the homeless and less fortunate in New York city.

Hanzo Helps was born out of a firm belief in social responsibility that businesses have a duty to act in the best interests of their environment and society as a whole. We believe our investment in giving should reflect the needs of the communities we serve. This is why we focus our giving and employee volunteerism in our local communities. We're proud to have contributed something useful to our local community. 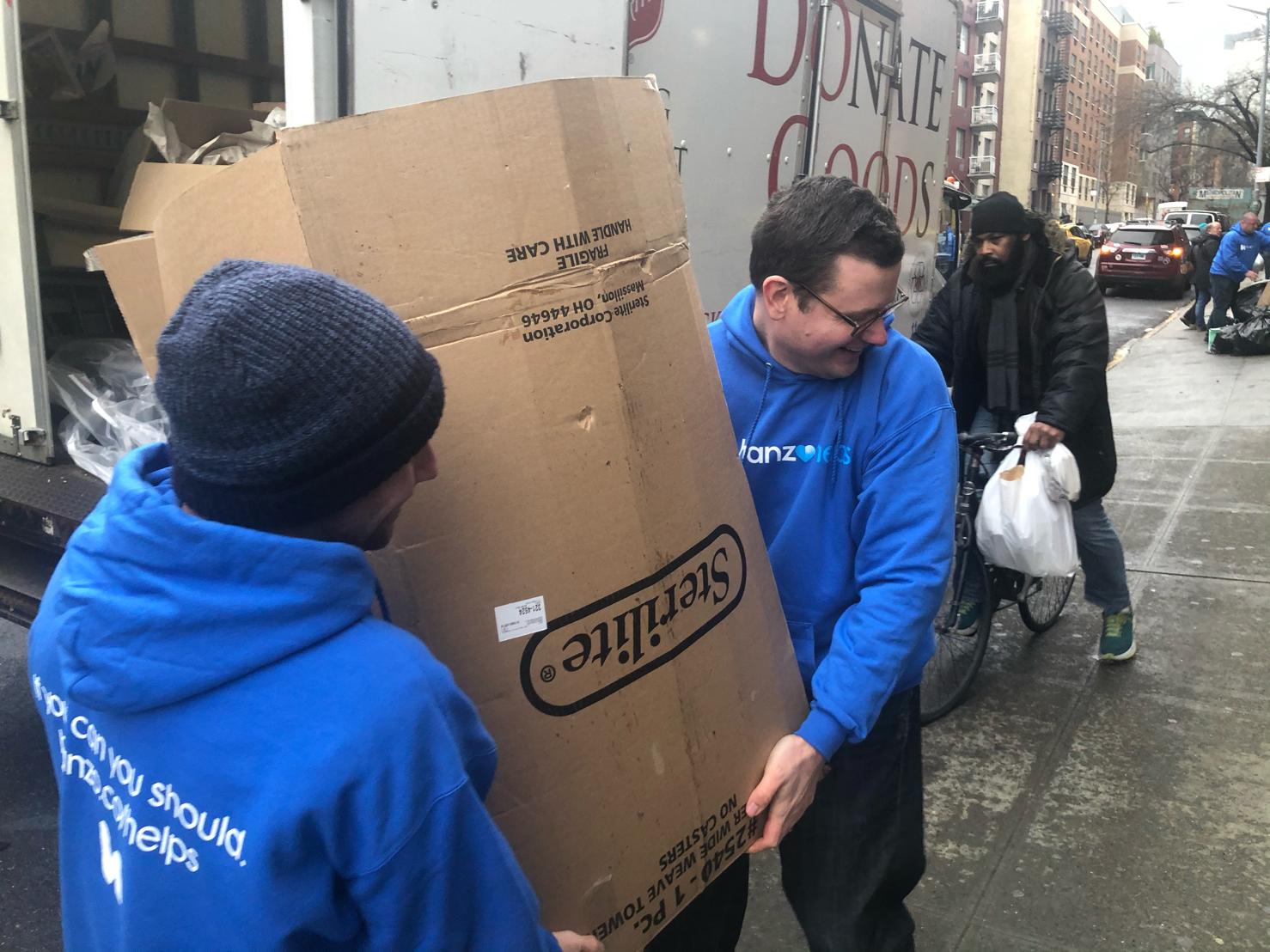 Giving Thanks, It's The Small...

Life has changed significantly since the pandemic, and this Thursday will mark the second Thanksgiving we'll celebrate ...
Read More >