Juneteenth — A Time To Reflect 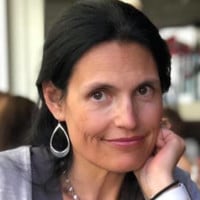 Juneteenth is a federal holiday in the United States that commemorates enslaved African Americans' emancipation. The day is also often observed for celebrating African-American culture. Originating in Galveston, Texas, Juneteenth has been celebrated annually on June 19 in various parts of the United States since 1865. It became an official US holiday last year on June 17, 2021.

A rough history to acknowledge

Slavery is a horrible part of US history. It can be challenging to acknowledge. However, facing the unflattering aspects of the US' past is essential for creating a more equitable society. Embracing histories that humanize marginalized voices is critical, particularly when significant efforts currently impede learning about America's legacy of slavery.

To bring America closer to truly meeting its ideals of freedom and equality for all, it is valuable to commemorate this special day when formerly enslaved people in the US could finally take their first breaths as free citizens. Juneteenth is a time to reflect on how progress has often been delayed for black people. Now it is a time to think about how we can fully include black people in prosperity, stop racial profiling, and end unnecessary acts of police violence.

Creating awareness so we can create a better tomorrow

Awareness of Juneteenth and black culture is a fundamental part of American culture. This holiday honors the resilience of African-American communities, who've overcome the trauma of slavery. It celebrates black families and their culture. It is a time to recognize how slavery created wealth for white people and fostered lasting inequity.

The US still hasn't fully acknowledged the injury slavery inflicted upon four million people and their descendants. Until the US takes stock of its history and makes amends, it will continue to be something that troubles society.

Hanzo does not tolerate racism, discrimination of any kind, or unfair treatment of any person or group of people for any reason, including race, religion, gender, sexual orientation, age, disability, or other characteristics that make a person unique. At Hanzo we celebrate Juneteeth and we honor the pursuit of civil rights and equal justice for all.

In A Time Of Turmoil Hanzo...

Each May marks the celebration of Asian American Pacific Islander (AAPI) heritage and pays tribute to the generations ...
Read More >

Meet The Women of Hanzo

At Hanzo, we believe that women should be celebrated every day, but Women’s History Month gives us the opportunity to ...
Read More >