Keep everything: the New Age of Information Governance 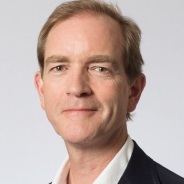 Changes in behaviour typically don't occur in a gradual fashion - more often than not, they happen in step changes. In the world of digital information governance, it appears that a significant shift in attitudes is underway; a shift away from 'keep the important stuff' towards  to a world of 'keep everything'.

The recent speech by Internet pioneer Vint Cerf, warning of the risk of information black holes and the potential for a forgotten century, was widely reported by the mainstream press, but Cerf is one of a number of commentators who've recognised that with rapidly falling storage costs, it makes sense to keep everything, forever.

In that address, to the American Association for the Advancement of Science, Cerf made a point that would resonate with many information governance professionals: who decides what's important? Decisions have to be made in real time, or close to it and in many cases, it's only with hindsight that we can make that call.

The idea that information is not quite as predictable as we once thought would resonate with senior executives at banks and financial institutions right now.  On the one hand, there are probably those who wish that zero information was kept - that way there's nothing to leak and misdemeanours stay in the darkest recesses of the organisation. But it hardly counts as a strategy - they couldn't meet the regulatory requirement or even run the bank without the information that was leaked. The other approach is to let employees know that all information is kept forever. The bright lights of transparency generally discourage bad behaviour and when it does happen, it allows the organisation to maintain it's reputation with full disclosure.

The worst possible outcome is to not have the information needed to mount a defence. It's a truism, that once lost, a reputation is hard to regain. For a bank, or any other organisation for that matter, the cost is measured on the bottom line.

Keep everything doesn't just make sense with litigation pending and the eDiscovery requests are on their way. Blair produced a nice quotation from one of Hanzo's customers, the National Archives in London:

"records are the memory of your business, holding knowledge and evidence of commercial activities forgotten when people move on."

It's a powerful idea to think that a company holds a body of knowledge, a backbone of information that it can draw upon in the future as a potential source of competitive advantage. Some companies, such as Coca-Cola, go to great efforts to retain ideas and information from the past for re-use in the future, but a digital 'keep everything' policy, combined with simple tools to search, access and view would take this to a new level.

In an increasingly digital economy, a policy of keep everything represents a significant opportunity for those with the courage and foresight to adopt it.