You know what’s helpful when you’re trying to keep a multimillion-dollar international bribery scheme going? A bachelor’s degree in finance. And, if the allegations against Omar Ambuila and his family are true, he figured out how to get his daughter, Jenny, that degree—using funds from his bribery scheme.

You know what’s not so helpful? A penchant for oversharing everything you’ve bought—hundreds of thousands of dollars in designer clothes, jewelry, and bags, not to mention fancy cars and luxury vacations—on social media.

Photo Credit: Office of the Attorney General of Colombia via Miami New Times

Unfortunately for the Ambuilas, Jenny spent years carefully curating an image of herself and her conspicuous consumption on Instagram and Facebook. Her spending was so excessive that investigators started to pay attention, and they’ve now used her photos and posts to build a case against her entire family for corruption and money laundering.

Now, imagine that someone at your organization is engaging in misconduct and letting the evidence of that slip on social media. Wouldn’t you want to be able to detect their activities, preserve the evidence, and build your own case?

Sure you would. Let’s look at how this situation played out and what lessons compliance professionals can glean.

Omar Ambuila worked as a port inspector in Colombia for 27 years, with a monthly salary of $3,000. He and his wife, Elba Chara, apparently lived a quiet life in Colombia.

Their daughter, on the other hand, moved to Miami, where she studied at the University of Miami from 2013 to 2017, and she did not hide her wealth in the least. Rather, she flaunted it—a Porsche Cayenne, expensive clothes, shoes, bags, and jewelry from designers like Dior, Chanel, Hermès, Louis Vuitton, and Dolce & Gabbana, and, the kicker, a $300,000 Lamborghini Huracán—all over her Instagram and Facebook profiles. She attributed her money to her own business acumen as a self-proclaimed “social media influencer” and venture capitalist. 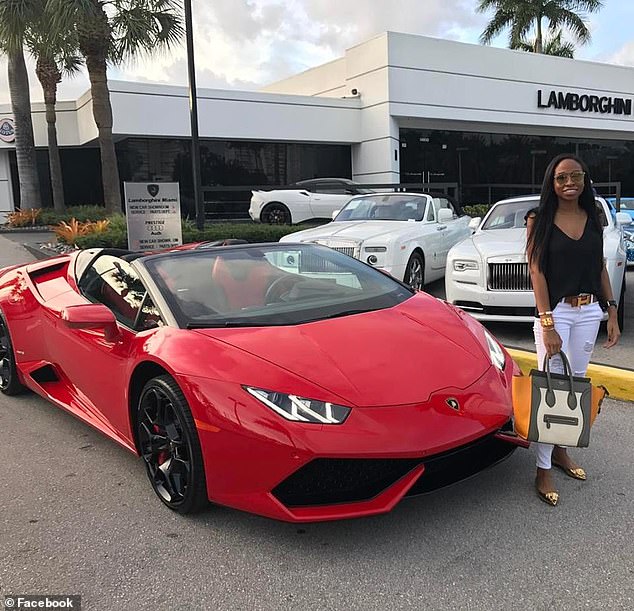 Eventually, though, her high-dollar purchases caught the eye of investigators in Colombia. They started digging into exactly how much money she had and where it came from. That led them to conclude that Omar, the humble port inspector, was funding Jenny’s exploits. They allege that he received at least $600,000 in bribes—and potentially millions more—for letting untaxed goods into Colombia through the port at Buenaventura.

Now, Jenny is under house arrest, charged with money laundering. As an aside, she’s also made her Instagram feed private, which means that some news articles that didn’t actually copy Jenny’s Instagram photos, like this one, now only display a string of blank images. Other media outlets, like the Daily Mail, saved the photos themselves, so you can still see Jenny’s many, many name-brand designer purchases there.

Meanwhile, both of her parents (and another customs official) are in prison for corruption, money laundering, and aiding smugglers.

The Moral of the Story

“Before you post pictures of your Chanel bags on Instagram, make sure that they weren’t bought with money from international cargo bribes!” Okay, maybe that’s a moral of the story, but it’s not the important one for compliance professionals.

This is: content on social media channels can create the basis for an investigation and can even act as key evidence supporting charges of real-world criminal conduct.

Now, what if Omar or Jenny Ambuila were your employees? You would certainly want to be able to find, preserve, and use social media evidence to investigate potential wrongdoing and take corrective action, right? But how would you? Where would you even start?

How would you sort through the morass of online information to even find the right social media channels and profile names? How would you identify the interesting posts without wasting hours flipping through irrelevant trivia? How would you preserve the social media activity you found, including photos and posts, so that you weren’t at risk of losing it due to a quick change in profile settings? And would your preserved evidence be good enough to stand up in court?

Toward the end of December 2020, the U.S. Securities and Exchange Commission (SEC) announced the release of a new ...
Read More >

Legalweek(year), the new virtual experience for 2021, is rapidly approaching. Hanzo is preparing some valuable ...
Read More >

With 2020 firmly in our rearview mirror, we’re cranking up preparation for the annual legal technology fest known as ...
Read More >