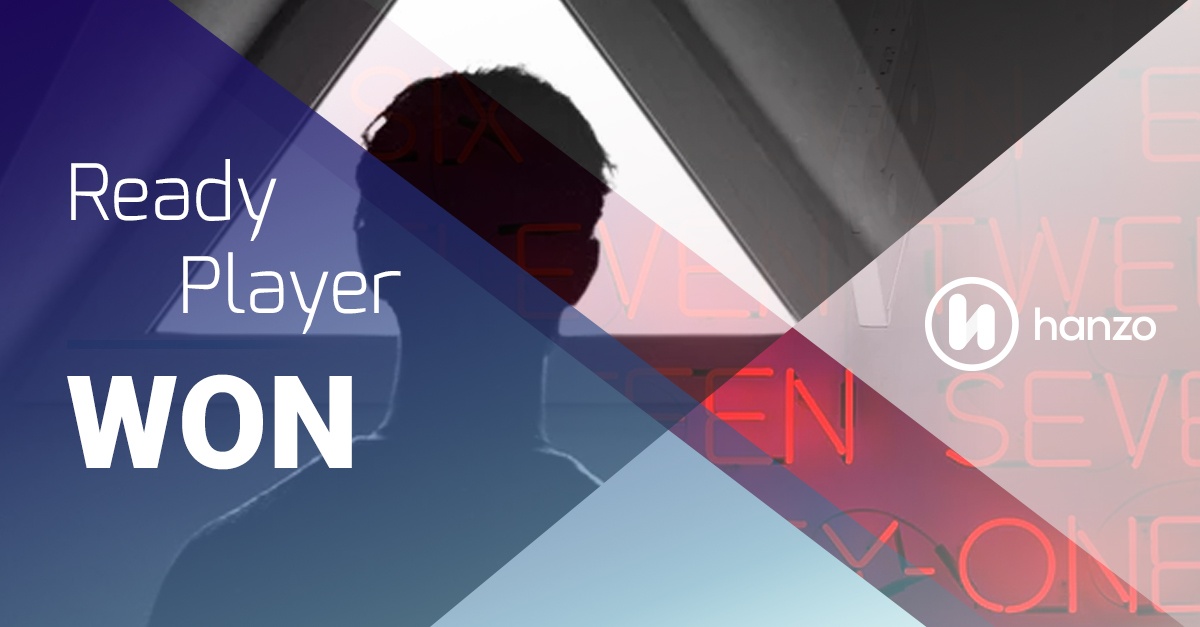 Steven Spielberg’s Ready Player One is probably going to clear a $400M box office -- and deservedly so.

Having not read the book, I saw this film opening weekend in IMAX 3D and I was on the edge of my seat the whole time. It was epic!

In the aftermath, I found that the social media buzz seems to center around easter eggs, special effects, pop culture references, and how the film matches up to the book (or doesn’t), but my thoughts are elsewhere.

As an information junkie, data packrat, and certifiably insatiable Internet detective who happens to work for the global leader in information capture and preservation, I was focused on Halliday’s Journal.

For those who aren’t informed on Ready Player One: James Halliday is a Steve Jobs-like character who basically owns the Internet -- or, in this case, “The Oasis.” Upon his death, he rigged up a game where contestants play hard to achieve three keys and win the full rights to The Oasis.

The trick is that the only way to get to those keys is to unlock the riddle of Halliday’s life.

Halliday’s Journal is a repository of events and moments in Halliday’s life. It was provided as a source of clues for the players to reference during their gaming journey.

The collection of videos and memorabilia resembled items stored in the attic, or photos stuffed in a drawer. On their own, some seemed mundane and some seemed meaningful -- but when put into context, suddenly the grand events meant nothing, and the passive comments held all of the answers.

Remember how the players needed to get three keys to win? It’s important to note that two of the three keys were achieved through information found in Halliday’s Journal.

What Does This Have to Do With Regulatory Compliance and eDiscovery?

Consider this Washington Post essay on the film, and specifically this section:

In the film, we also see extensive, highly detailed journals from Halliday’s life. And these journals provide the clues needed to help the gunters solve the puzzles and find the Easter Egg. But these journals are videos, and they’ve little to do with Halliday’s various pop-culture obsessions.

Rather, they’re meticulously-cobbled-together snippets of Halliday’s life — videos drawn from security camera footage, cellphone captures, etc. — intended to help those playing understand that the measure of a man’s life is more than the movies and music he’s obsessed with.

“The measure of a man’s life” is the important part there.

Look, Ready Player One is an epic film from an epic book -- and what we do in terms of compliance and eDiscovery doesn’t seem as sexy as that. We get that on the surface.

The measure of an organization is more than just the Slack notifications, rich-content webpages, instant messages, and more that underscore the daily execution points designed to create revenue. That’s true. There’s a bigger purpose.

But without those “journals,” no one trying to understand the organization has the clues needed.

This is the importance of archiving. (Thanks, Spielberg!)

The overall story unfolds from the micro-moments -- in this case, the journals. A company’s story unfolds from all the micro-interactions it needs to archive. When you cobble together Slack, social media, webpages, internal comms, and more, you can begin to form a true picture of the organization. Those are the clues you need. That’s why regulators want you to archive. That’s why compliance exists.

It’s not about control of The Oasis, no. It’s about doing right by customers and not getting slapped with huge fines. But the underlying story is the same.

Want to tell your story and make sure your regulators have all the clues they need?