There’s No One “Right” Version of an Emoji: A Conversation With Eric Goldman 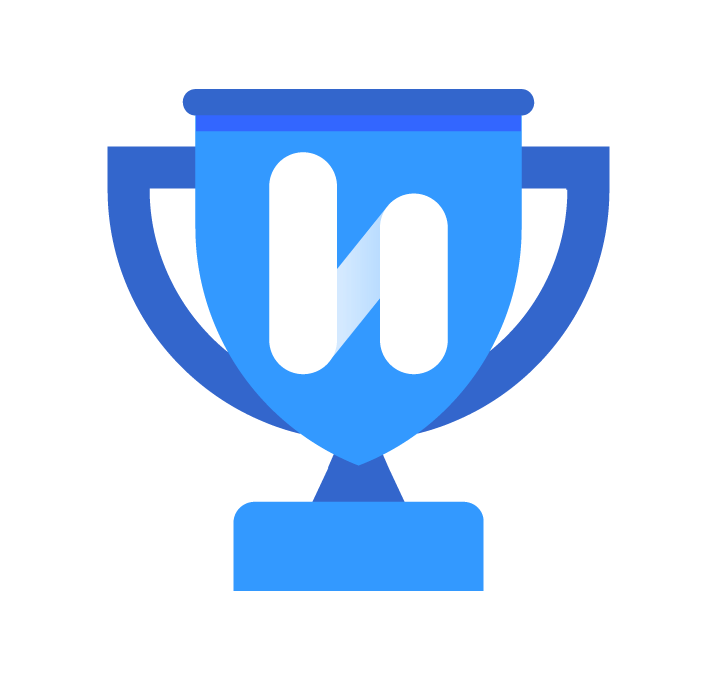 Eric Goldman, an Internet law professor, gives us an overview of emoji law, including the pros—more precise and nuanced communication—and the cons—more ambiguity and room for misinterpretation.

Eric Goldman is a Professor at Santa Clara University School of Law, where he teaches and publishes on Internet law, intellectual property, and advertising and marketing law. He also serves as co-director of the High Tech Law Institute and Supervisor of the Privacy Law Certificate and blogs—quite prolifically—on his Technology & Marketing Law Blog, which is approaching its 15th anniversary.

Eric got his first email account in 1991 and published his first paper on Internet law in 1993, so he’s been doing this for longer than most. We talked with him about a particular interest of his: emoji law.

Tell us a little about your background—how did you get started working in Internet law and more recently in emoji law?

I started exploring Internet law in the ‘90s, when the Internet was just emerging as a commercial force. I wrote a big paper about Internet law for school, and I really poured myself into the research for it because I found it so interesting. At that time, there weren’t many Internet law experts—the field was wide open and totally nascent—so it was possible for someone as junior as I was then to contribute in a meaningful way to the discourse. Doing all that research gave me a foundation of expertise that not everyone had, which meant I was able to pitch myself as an expert and start teaching Internet law—what we then called “cyberspace law”—starting in 1996.

Emojis, it turns out, are a natural extension of Internet law. As an Internet scholar, I was already used to asking if there’s anything unique, special, or different about a new tool or technology. That same discipline applies to emojis as another form of communication technology: what, if anything, makes them unique, special, or different? Do they require novel legal doctrines, or can we apply existing doctrines without modification? Emojis provide another chance to apply the exceptionalism analysis I’ve been using my whole career.

Don’t leave us hanging—what’s the answer? Are emojis unique, special, or different?

I’ll give you a very lawyerly answer: it depends. For the most part, the legal system is well prepared to handle different types of communication tools beyond just the written word. We’ve built our judicial system over centuries, and it accommodates a wide range of communication methods, such as body language, hand signals, and unique dialects and slang. The same interpretive tools apply to all of these methods pretty well, so they can handle emojis with little difficulty—but I say that with a major caveat.

What is unique about emojis is that there’s no established definition for what an individual emoji means, and there’s no one canonical version of what a given emoji looks like. Unfortunately, many people aren’t aware of the differences in emojis across platforms and over time, and that’s where a lot of confusion and difficulty arises. The emoji that you sent me might not be—and, in fact, probably isn’t—the emoji that I received. Even if you know that the display might be somewhat different from what you thought you sent, people typically don’t expect emoji variations to be materially different.

Often, though, they are, and even when they’re recognizably the same thing—as with the burrito emoji—minor differences in details can create a substantial possibility for confusion. Most, but not all, burrito emojis include the foil wrapper. If you’ve referred to the foil, though, and your recipient is looking at a naked, unwrapped burrito, they’re not going to have any idea what you’re talking about.

For an in-depth analysis, I encourage people to read my paper, Emojis and the Law; I’ve also got a blog post that links to a lot of emoji-related resources.

Why are the variations in emojis problematic beyond that type of momentary confusion?

On my blog, I discuss a few examples of how emojis can be misinterpreted or can have a context-specific meaning that not everyone knows.

Let’s start with an example that most people—though not all—are familiar with: the eggplant emoji. According to Emojipedia, the eggplant or aubergine emoji is “widely used to represent a penis,” to the point where it was once banned as a searchable hashtag on Instagram. Not knowing this common usage could result in considerable embarrassment! You may be talking about having eggplant parmesan for dinner, while your conversational partner believes you’re making an assertive sexual overture.

Other emojis are open to interpretation across different variants. The grinning face with smiling eyes emoji is a good example of this: one study showed that people had widely different interpretations of this emoji as depicted by Apple over time, ranging from “blissfully happy” to “ready to fight.” When people are using emojis to depict tone or emotion, that wide diversity in interpretation creates misunderstandings—and, to complicate matters, often neither side recognizes why the misunderstanding arose.

Finally, some emojis have specific meanings that aren’t well known outside of a particular community. A good example of this is the crown emoji, which, in the context of pimping and prostitution, refers to sexual exploitation, signifying that “the pimp is the king.”

This last example makes an important point: when figuring out what an emoji means, judges will often benefit from  talking with an expert from that community rather than a technologist or even a linguist.

How much do people use emojis in a work setting? Is this a problem that corporate law departments need to be prepared for?

Everyone’s using emojis, in pretty much every context, and that definitely includes businesses. They may use emojis externally, in communications with consumers, or internally, in conversations with other team members. Emojis may be part of how a business expands or reinforces its brand or may just be a way for users to express themselves in a more relatable, personal tone. Emojis offer a way for people to convey complex emotions quickly and effectively.

That said, plenty of lawyers are uncomfortable with emojis in a business context, and they’re not wrong to feel some reluctance. Emojis are inherently ambiguous, due in part to their variability, and they introduce the possibility of avoidable confusion. That introduces a drag effect on the broad-based adoption of emojis; the fear of being misunderstood holds companies back from widespread emoji use.

There are also some interesting social norms around the significance of emojis. Are emojis important? Are they professional? Are there gender differences or gender dynamics at play in how they’re used? What does a sender project to a recipient by including—or not including—emojis?

Sounds like you’re in favor of using emojis—but why, given the potential problems they cause?

In my view, emojis can allow for more precise expression in at least two ways.

First, text communications inherently lacks context cues. We’ve grown used to that, especially as lawyers who specialize in the written word, but bare text is always going to be less expressive than in-person communication. Text is missing facial expressions, body language, hand movements, tone of voice—all the subtleties that add meaning or color to our statements. Emojis are a way to add back context cues that have been stripped away from typed text, conveying emotion, intent, personality, and much more.

Second, we all know the saying that a picture is worth a thousand words. That can be especially true with emotions: it’s not always easy to communicate feelings in text without using a lot of words, which takes significant time both to write and then to read. If you instead add a shrug emoji, you can rapidly and efficiently convey a feeling with, in essence, written body language that we naturally understand.

I’m a big fan of anything that makes our communications more precise, more expressive, and more nuanced. I think there’s a place for emojis, GIFs, memes, bitmojis, and the like—they all have a role to play in the communication ecosystem.

What I’m not a fan of is the variation in emoji depictions. Due to the possibility that emojis are protected as intellectual property, platforms develop their own variants, based on a standardized Unicode description and outline. But that pressure to be different forces designers to build in unique elements that wouldn’t otherwise exist, creating unnecessary depiction diversity. In my view, that’s categorically bad: it adds potential confusion by introducing details—like the wrapped versus unwrapped burrito—without providing any countervailing benefit.

Take, for example, the variations in the pistol emoji, which offers another great example of how miscommunications can happen with emojis. This emoji is undergoing a transition and it’s still mid-course in that change. So, maybe on your platform the pistol is depicted in what is now a fairly typical form, that of a bright green water gun. Gearing up for a pool party with Super Soakers and water balloons, you send what you think is a water gun emoji with a message asking “You ready for this?” Except that your recipient instead received an emoji with the original depiction for pistol: that of a realistic-looking handgun. That’s a wildly different message.

For lawyers, it’s key to remember that there is no single canonical version of any emoji, and you can’t let your discovery or your presented evidence be limited to one version of an emoji. At a minimum, you need to always depict two versions: what the sender saw and what the recipient saw. If there are multiple recipients, you need to capture each variant. Bear in mind that emojis change over time, too—the changes to the pistol emoji have happened over just the last couple of years—so you need to be able to depict what the emoji looked like to both sender and recipient at the time of the communication. Don’t assume that any one version is the “right” emoji—there is no such thing.

But these problems aren’t entirely unique to emojis. Communication is never as clear as we think it is; there’s always ambiguity in language, a whole compendium of potential interpretations to anything you say. It’s just complicated with emojis because of their lack of standardization. If you’ve typed a message in Times New Roman font and the recipient is reading it in Arial font, the meaning of your words hasn’t changed. But if you sent emojis from an Android phone and they’re being viewed on an iPad, their meaning could be quite different. To be clear, in this case both the sender and the recipient could be having perfectly reasonable interpretations and responses to what they’re seeing—yet they could end up disagreeing completely.

Before we let you go: what’s your favorite emoji?

My signature emoji probably isn’t what you’d expect: I’m partial to  😍 the smiling face with heart eyes. It’s perennially on the top 10 lists of most popular emojis, and I use it extensively.

interested in learing more about emojis and the law?

Register for the upcoming webinar presented by Hanzo and Zapproved on October 31, at 2pm EST, featuring discussion about modern business communications, collaboration platforms, the challenges that these communications pose from a legal perspective, and best practices for managing risk.

An Interview with Ling-Ling...

On the afternoon of Monday, April 8th, 2019, I spoke with AP Capaldo-Aoun, a global compliance attorney and director of ...
Read More >

An Interview with Louis...